Design Choices
I originally intended to do a BVH using an quad-tree, where the tree were recurse down to some arbitrary size. This gave me a strange bug (which I had to use for my original image). The algorithm itself seemed simple, but and for the small part of the bunny that it did render, it rendered rather quickly. Much faster than the 2.5 hour attempt without the acceleration structure.

I then tried a uniform grid, but had difficulty debugging it (I wasn't getting anything to the screen), mostly due the short amount of time I had left on the assignment.

I also tried a octree, which gave me similar results to the quad-tree, which makes me feel the bug lies somewhere in my bounding boxes or something.

Bugged Image-If you look really, really closely you can see the form of the bunny. From the part that rendered, it seemed to work effectively, but for everything else, it completely ignored it. It was probably something really small and I probably should have just debugged the quad-tree instead of attempting the other two 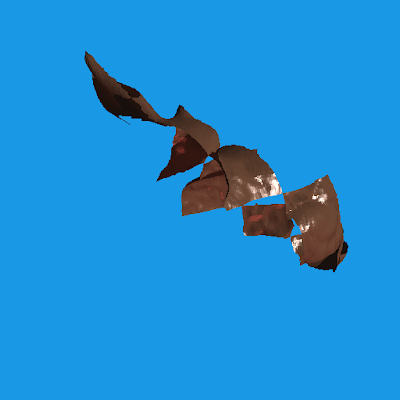 Required Image-Here's my final rendering. It took about 18 seconds, wihich was a lot faster than the 2.5 hour version. 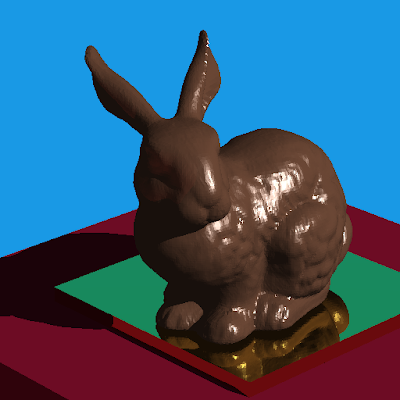