My thoughts on Ubuntu Unity 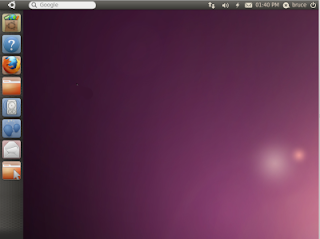 Over the weekend, I made the painful mistake of upgrading to Natty Narwhal 11.04, the newest release of Ubuntu Linux.  I was previously running 10.04 and realized I was stuck with Qt 4.6 and I desperately needed a feature in 4.7.  After starting the upgrade process, I realized I actually had missed the last upgrade 10.10, which was required before upgrading to 11.04.  I installed that and realized it contained Qt 4.7.  I could have stopped there and be content, but I didn't.

I love Ubuntu for various reasons but mostly for its usability.  I can do okay on other distributions, but as my life gets busier and busier, I need my operating system to "just work".  Sometimes I'm tempted to upgrade my distribution instantly when a new one comes out, but I usually regret it getting bit by stupid bugs and such.  Jumping to Natty Narwhal 11.04 was no different.  I had read several negative reviews on Natty Narwhal and wanted desperately to believe they were wrong, but I sadly had to change back to the classic interface.  And it only took me a few days.

Here are a few of the hurdles I hit--all of which having to do with Ubuntu's new Unity system.

To me Unity was like Knight and Day with Tom Cruise.  I sat down to watch it and I really, really wanted to like it despite all the negative reviews.  But it just didn't work.  Like this mediocre movie, it wasn't a horrible premise (besides a cliche hacker and a mystical power source the size of a AA battery), but it just wasn't executed correctly.  I believe most of these issues are fixable, but I'm afraid this new desktop has left a bad taste in a lot of people's mouths.
Posted by strattonbrazil at 6:03 AM 4 comments: